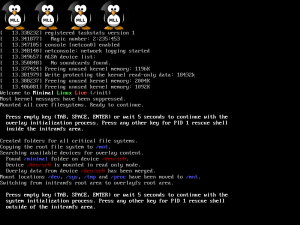 The new version of Minimal Linux Live comes with lots of improvements. The most notable changes are the UEFI support and the additional software bundles which can be added to the generated ISO image at build time.

The latest build scripts, along with precompiled ISO images, can be found here: